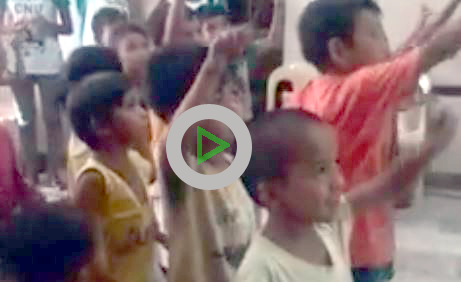 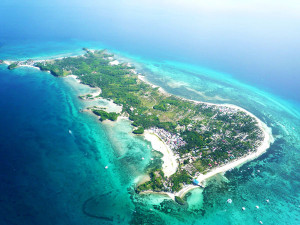 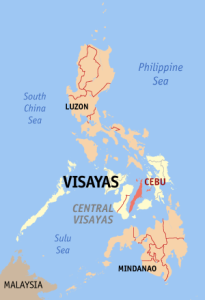 Cebu, Philippines was claimed to be the birthplace of Christianity in the Spanish East Indies by Pope John Paul II in his Homily for Families in Cebu, February 19, 1981. The image of the “Holy Child of Cebu”, the oldest Christian image in the Philippines, is enshrined and venerated at the Basilica of Santa Niña. The statue was given to the wife of the Rajah of Cebu by the Portuguese explorer Ferdinand Magellan. The friendship is depicted in Cebu’s largest cultural event, the Sinulog, is celebrated with street parades and loud drum beats preceded by Christian prayer every third Sunday of January.

Cebu Island is long and narrow, stretching 122 miles (196 kilometers) from north to south and 20 miles (32 kilometers) across at its widest point.  It has narrow coastlines, limestone plateaus and coastal plains. It also has rolling hills and rugged mountain ranges traversing the northern and southern lengths of the island. Flat tracts of land can be found in the cities of Bogo , San Remigio, Medellin and Daabantayn.

Cebu is the 9th largest island in the Philippines. It supports over 3.5 million people, of which 2.3 million live in the metropolitan Cebu area. Thirty-seven percent of the population of Cebu, Philippines is below 10 years old. The Philippines is also the third largest English speaking country in the world.

According to the World Food Program, despite being a low middle-income country, the Philippines has a food deficit, which is exacerbated by the combined effects of natural and man-made disasters that include earthquakes, typhoons and armed conflict. The country is one of the world’s most disaster-prone countries, ranking second out of 171 countries on the 2014 World Risk Index and second out of 181 countries on the 2014 Global Climate Risk Index. The area experiences around 20 typhoons a year – one quarter of which cause major damages including severed flooding and landslides. In addition, the country is also vulnerable to the occurrences of earthquakes, volcanic eruptions and climate-related issues, such as drought. These factors all contribute to extreme poverty and poor living conditions.